On the prowl! This guy was found just off of the mean streets of Pismo- up to no good, I imagine. 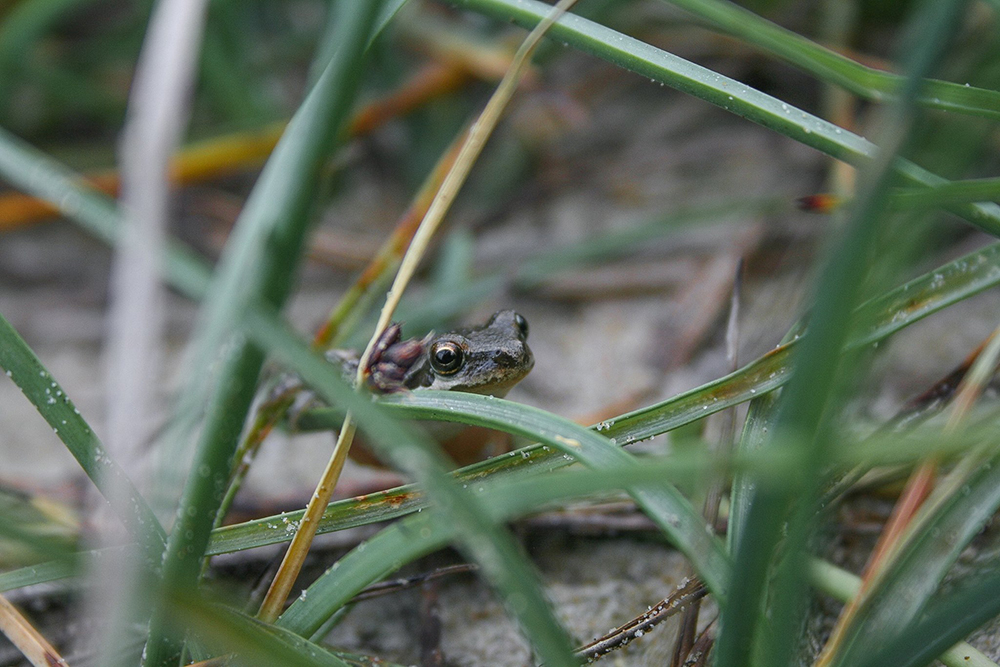 Males can be differentiated from females by their vocal sacs, which appear as dark, loose skin over the throat area. A variety of different calls are utilized in the male’s quest for finding love and maintaining his territory – an excellent run-down of the different calls can be found (and heard!) using the link below:

The daytime call, an ugly-sounding, single-noted quack, is a common background noise heard just about anywhere there is shrubbery about. This noise is almost insect-like -easily unassuming of a lurking, well-hidden frog. The advertisement call, however, is a text-book, quintessential ‘ribbit’. In fact, the advertisement call was used as THEE frog voice soundbite in the early days of Hollywood, becoming world-renowned as the ‘sound a frog makes’.