Here we have our most common amphibian species of the area, Pseudacris sierra, the Sierran Treefrog. These little beasts tend to reach a maximum size of about 2 inches or less and come in a variety of colors and patterns that can change in response to temperature and habitat. Regardless of an individual’s chosen garb, the dark ‘mask’ through the eyes and a ‘y’-shaped blotch on the center of the head are nearly always present. 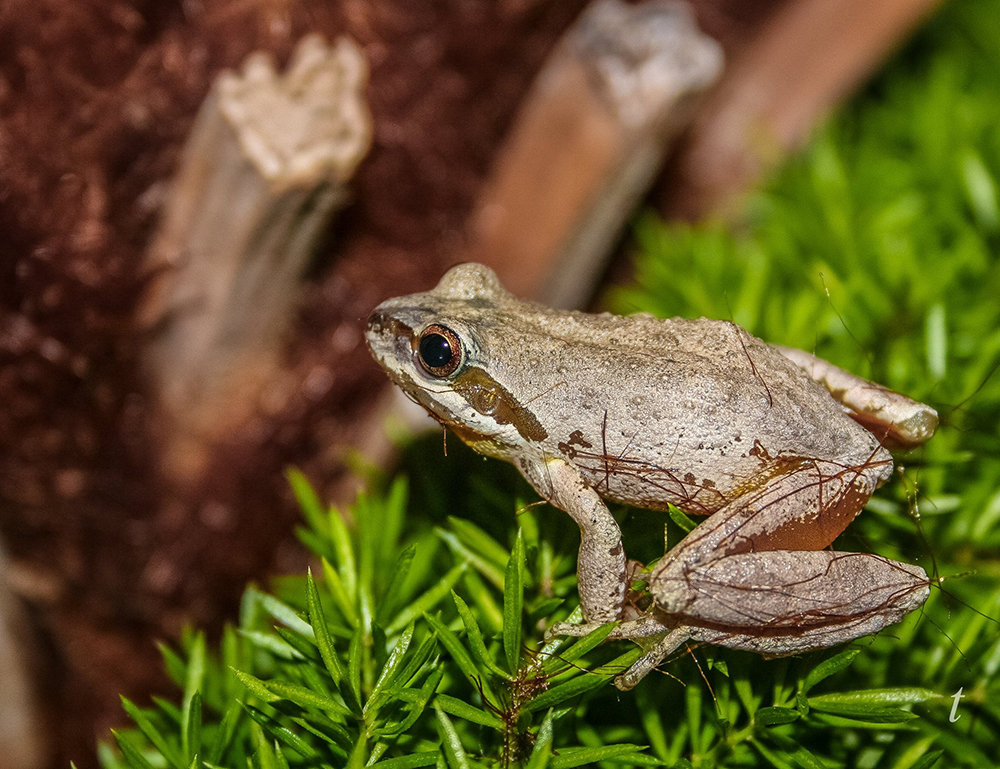 They are found pretty much anywhere capable of maintaining at least a drop or two of moisture – including downtown Pismo! Treefrogs are a regular inhabitant of my courtyard, and I derive much interest from listening to their calls and observing their patterning, much more so than a normal adult man should. I even occasionally find a frog or two indoors, to which I kindly escort them out. You ain’t helping to pay no rent, freeloader! Sit tight, soon we’ll discuss calls and differentiating males from females.