Let’s take a look at the only native species of turtle to the area, Actinemys marmorata, the Western Pond Turtle. Pond turtles are small-medium semiaquatic chelonian species with a rather flat shell shape. Most appear somewhat bland, having a muddy-brown carapace (top shell), a yellowish plastron (bottom shell), and lighter brown appendages/head. There are some beauty queens, however, that display ornate, radiant striping on the carapace and pretty yellow mottling of the arms, legs, and neck. Males will usually have pale-yellow throats and flatter shells while females will have a higher, dome-shaped appearance to the carapace. These little tanks are omnivorous, feeding on aquatic plants, invertebrates, and the occasional frog/fish – the diet of champions! 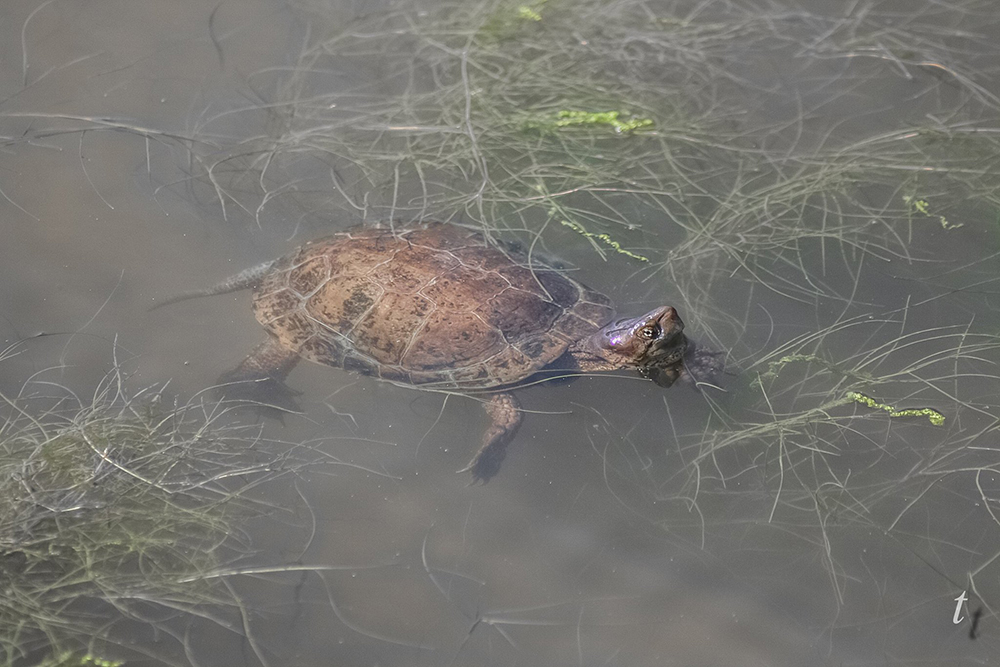 Again, these guys are the only species of turtle native to the central coast – any other species of turtle/tortoise found meandering about is either invasive or an escaped pet. Red-eared sliders, an eastern species, have established themselves in many places pretty far from home, including various places in California. Common Snapping turtles, another eastern species, have also made themselves at home in California as well.

Unfortunately, this is the last Central Coast reptile species I have in my arsenal! I suppose we’ll have to change gears and take a look at birds soon. I know, I am heart-broken as well; please stay strong.