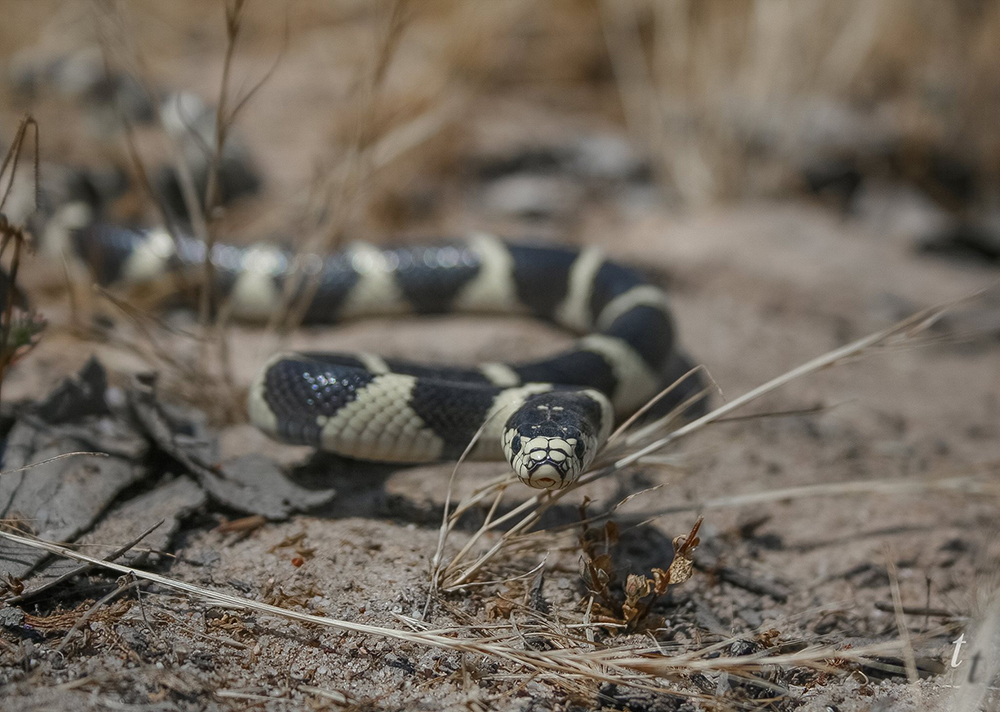 It only took over a year, but the quintessential Californian was finally found! Let’s take a look at arguably one of the most beautiful snakes in the country, the California Kingsnake, Lampropeltis getula californiae. This species is unmistakable in appearance, hosting a pallet of striking contrast, usually of black and white banding in its most familiar phenotype. There are local color variations throughout the range, with sub-populations exhibiting variable hues of chocolate browns and creams. There are even populations of individuals with longitudinal striping rather the more familiar banded pattern. California Kingsnakes are medium-sized, gentle snakes that range throughout the state in a variety of different habitats. When surprised/threatened, they will hiss loudly and quickly vibrate their tail, accomplishing a somewhat surprisingly loud buzzing noise when in contact with loose, dry debris. If the envelope is further pushed, they will hide their head within their coils and expose the bright red mucosal surface of their cloaca with (it is suspected) the intent of drawing attention to the back end while the front end searches for an escape. 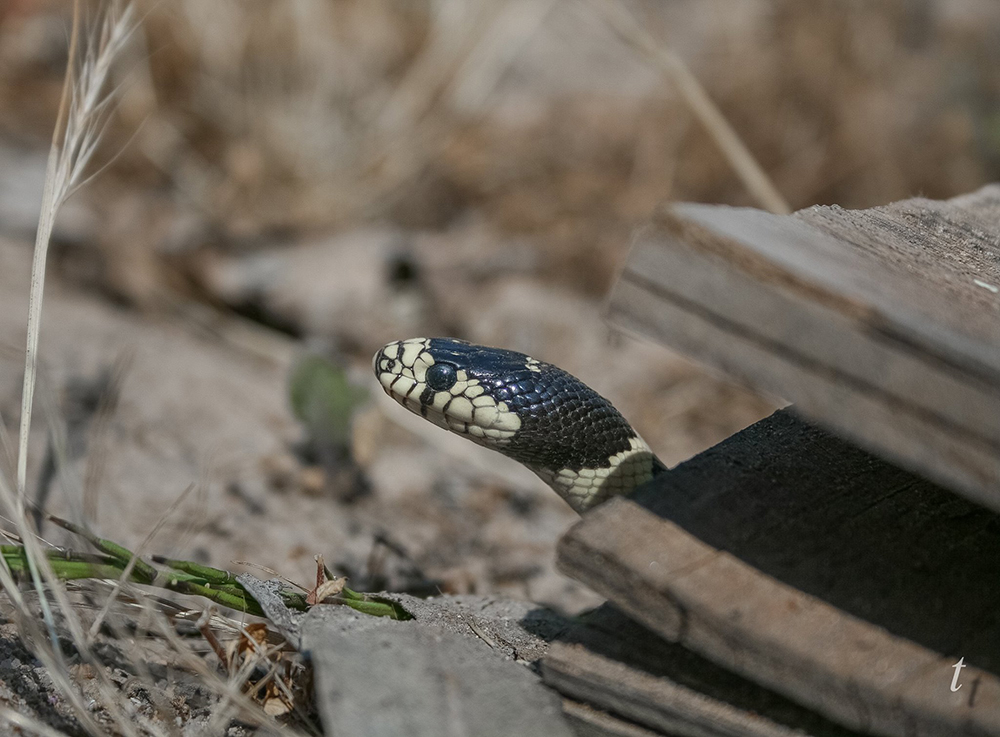 So, why are they called kingsnakes? Welp, these beasts will eat just about anything they come across – lizards, young turtles, birds, a variety of small mammals, large insects, the eggs of lizards and snakes, and even other snakes! Kingsnakes immobilize and dispatch their prey by constriction. California has a variety of snake species- our friend Lampropeltis getula californiae reigns supreme. These guys will even eat rattlesnakes – and if that isn’t macho enough, kingsnakes are immune to rattlesnake venom!