Having introduced the only venomous snake in our area, let’s now take a look at a harmless species of snake that can be confused with the rattlesnake: The Pacific Gopher Snake (Pituophis catenifer catenifer) is perhaps one of the most commonly encountered snakes of the area. This large, nonvenomous snake can reach lengths of over 5 ft in length. It is a powerful constrictor that utilizes the strong muscles of its coils to asphyxiate its prey. Gopher snakes feed on small mammals (pocket gophers are a favorite), birds, and bird eggs. Smaller individuals will eat insects and lizards. The gopher snake has a few features that can easily lead one to mistake it for a rattlesnake, especially when exhibiting a threat display. Let’s learn how to distinguish the two: 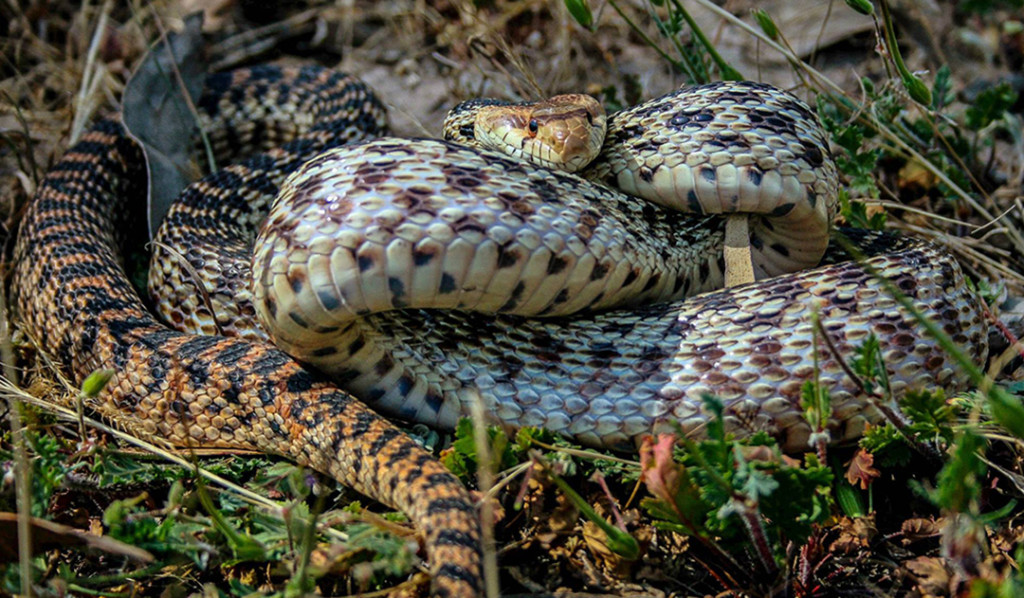 The pattern of the gopher snake at first glance can look remarkably similar to that of a rattlesnake; however, there are a few morphological (body shape) differences that can be used to distinguish the two. The most obvious, of course, is that the Gopher snake does not have a rattle. One of the defense mechanisms of this species, however, is to quickly vibrate the tip of the tail when alarmed – which can sound remarkably similar to a rattle when the tail comes into contact with surrounding vegetation! Secondly, gopher snakes have a much narrower head that is relatively indistinct from the neck. The rattlesnake, on the other hand, has a very wide, diamond-shaped head that is significantly wider than the neck. Again, things get tricky; an angry Gopher snake will adapt a defensive stance in which the head is flattened and the body is recoiled into an ‘S’ shape, like the specimen seen here.

There are other external features that less apparent from a distance that delineate the two: The gopher snake has round pupils (the black central portion of the eye) whereas the rattlesnake has vertical, slit-like pupils. The head scalation of the Gopher snake also consists of large, plate-like scales when compared to the much smaller, finer scales of a rattlesnake’s head. In the end, if there is any doubt as to what species of snake you are encountering, LEAVE IT ALONE! 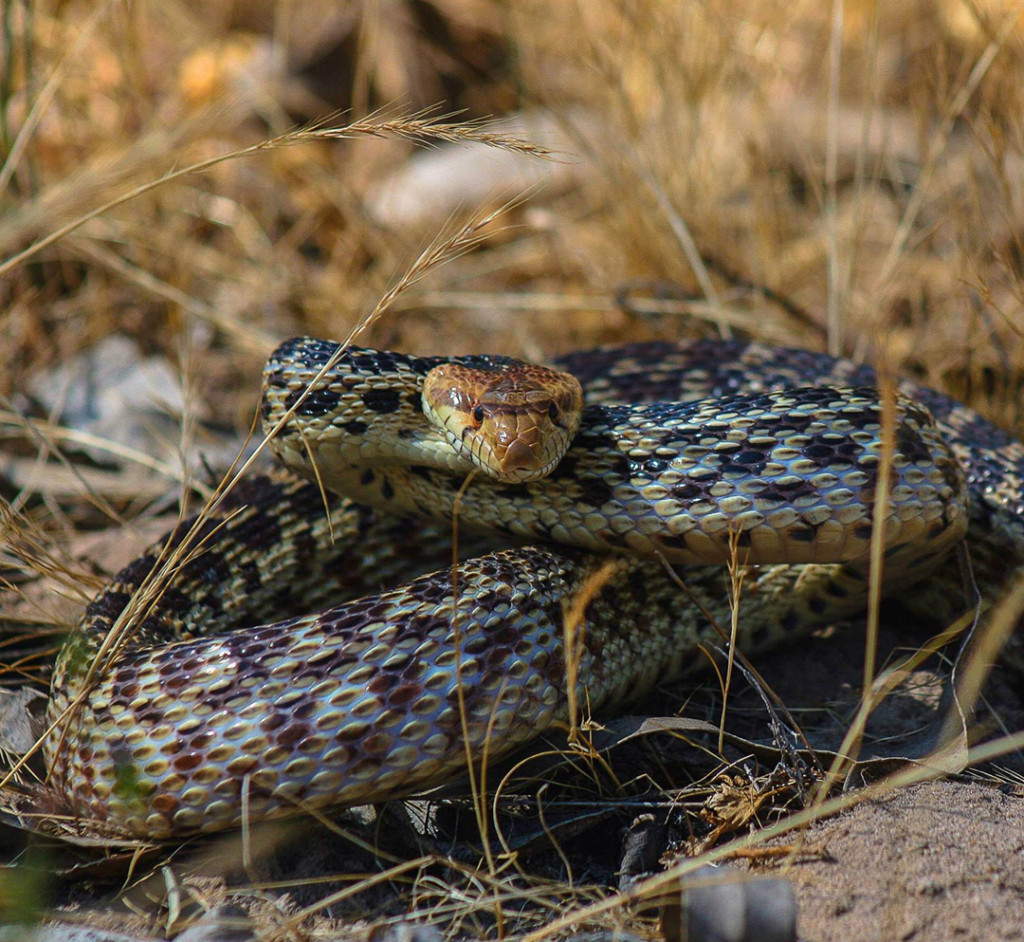