Let’s take a look at a common representative of the Scincidae lizard family that can be found here on the Central Coast, the Western (or Skilton’s) Skink (Plestiodon skiltonianus). While sometimes seen basking, these fast, active little lizards are usually more at-home beneath leaf litter or environmental debris. Western Skinks have a rather aesthetic appearance; their smooth, shiny scales shimmer in the sunlight and the bright, eye-catching electric blue tail is a color rarely encountered in nature. But why would such a small, somewhat delicate lizard want to draw attention to its tail? We will soon find out! 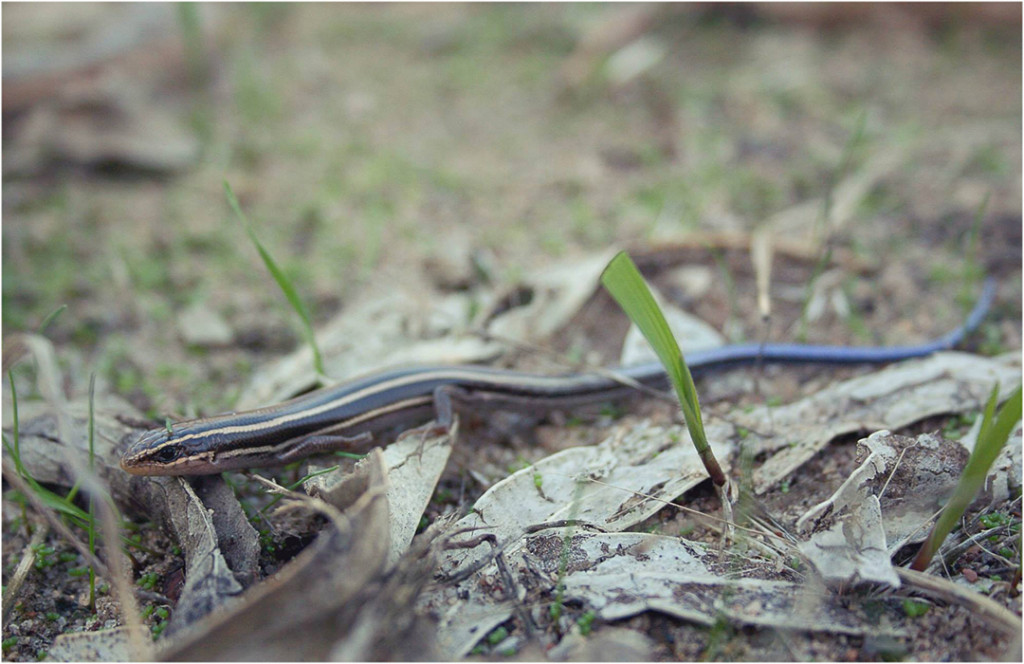 But first, let’s munch on a few nuggets of natural history: Western Skinks are diurnal lizards that spend much of their time foraging for insects, spiders and other invertebrates. They reach about 2-3 inches in body length (not including the tail) and females typically lay between 2-10 eggs in early summer, diligently guarding them until they hatch approximately 30 days later. During the breeding season, adults will develop a red-orange cast to the head, chin, and tail – much like the specimen pictured here. 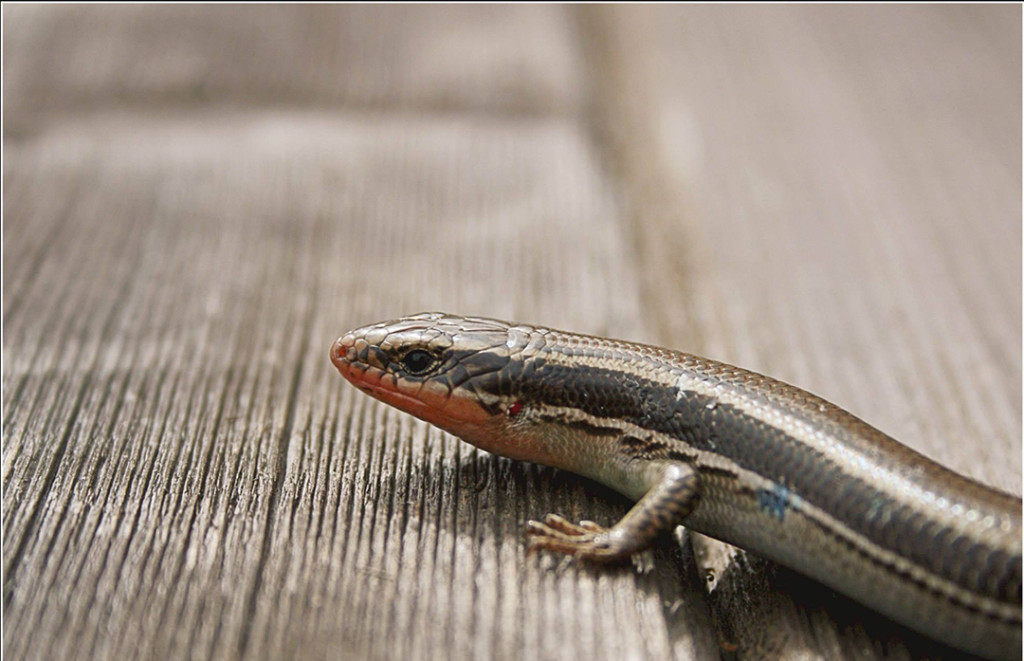 Now, let’s get back to that tail. The tail in many lizards accounts for a significant portion of their body length and is an important aspect of balance, locomotion, and, in some species, fat storage. The tail is, however, also the most likely area of the lizard to be captured by a would-be predator. Many species of lizards across different families have evolved a remarkable defense mechanism, known as caudal autotomy, in which they can essentially break their own tail off! Within the vertebra of the tail are pre-determined fracture planes that work much like the linear perforations of a notebook. When even the slightest amount of pull is applied to the tail, these fracture planes ‘activate’, truncating the tail at the point of restraint.
(https://ispub.com/IJBA/1/2/7729) 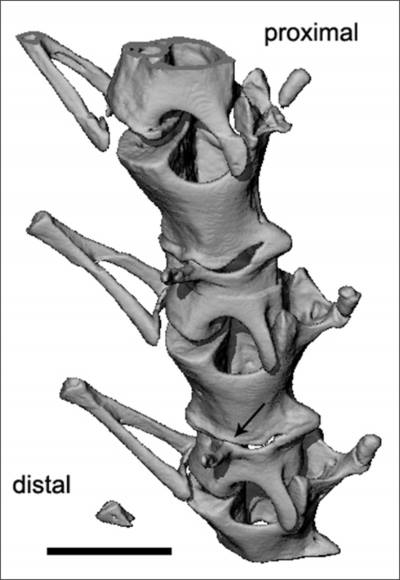 Here we have the spoils of an attempted skink capture. After detachment the muscles of the tail will continue to violently contract, leaving the tail to writhe about for a few minutes. This dramatic flailing of the brightly-colored tail serves as an excellent distraction to the predator as the remainder of the lizard retreats to safety. We can see why, then, this animal would want to draw attention to its tail. 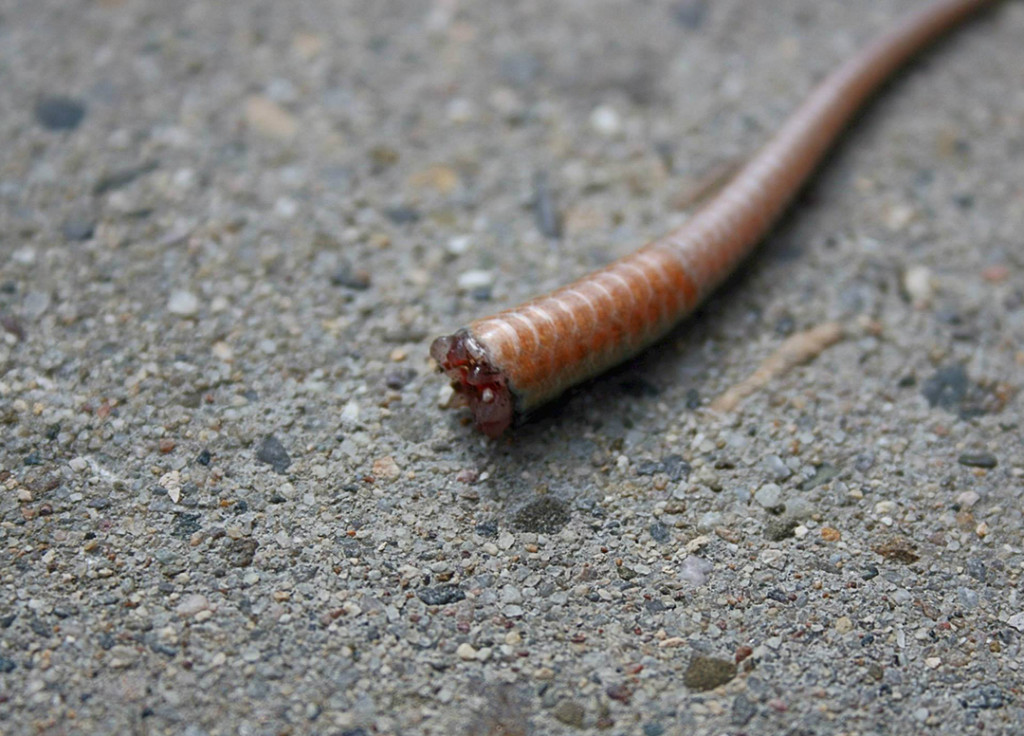