Let’s take a look at another species of lungless salamander common to the area: Batrachoseps nigriventris, the Black-bellied Slender salamander. These little guys have been hard to come by given the recent drought and heat; however, once a bit of moisture and a milder ambient temperature roll on in, Black-bellied slender salamanders will be regularly encountered. They are a small species, growing only a few inches in length, and are commonly found beneath moist debris such as rotting logs. Their slender appearance, small legs, and very long tail give them an almost worm-like appearance. When surprised, they tend to flail about- again looking a bit like a deranged worm. Like other species of lungless salamanders, oxygen exchange occurs through the skin and mucus membranes. 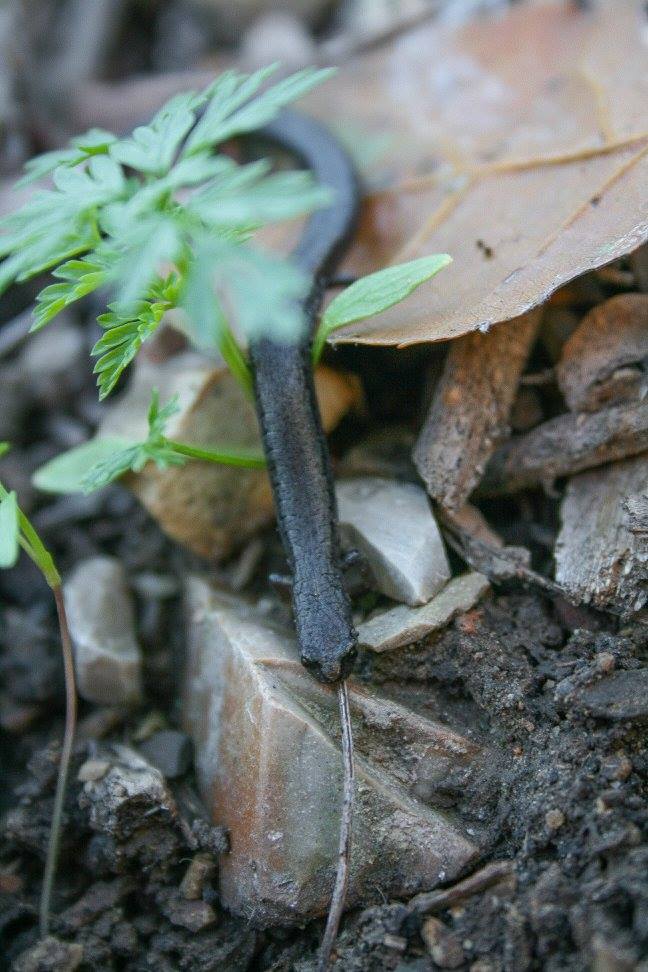 Here’s a pretty horrendous picture of another individual found just yards away from the previous: As you can see, there is a good deal of variability in the basic coloration of this species. It is not uncommon for individuals to have a lighter base color and a reddish back. While this guy looks a bit different from the previous, they are in fact the same species. 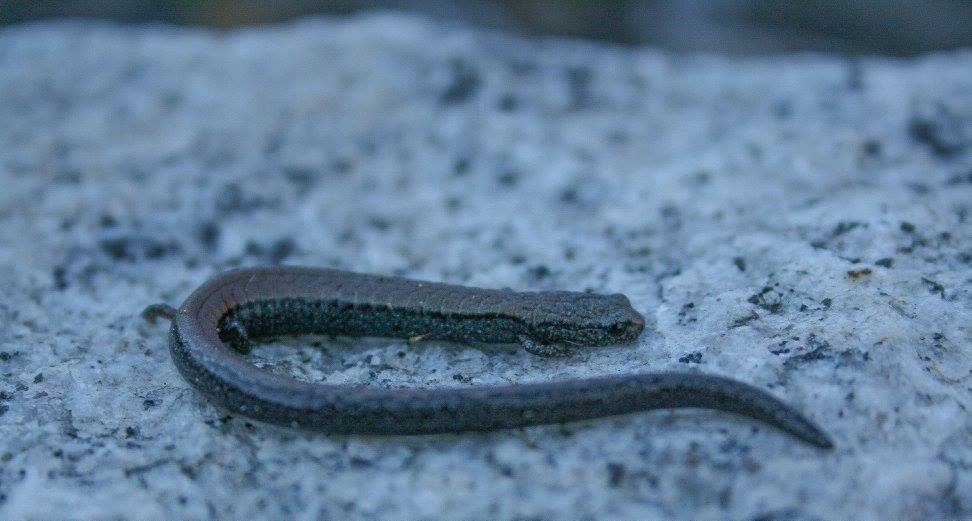 Okay, sit tight, another amphibian is on the way!